The Rise of the Resale Market 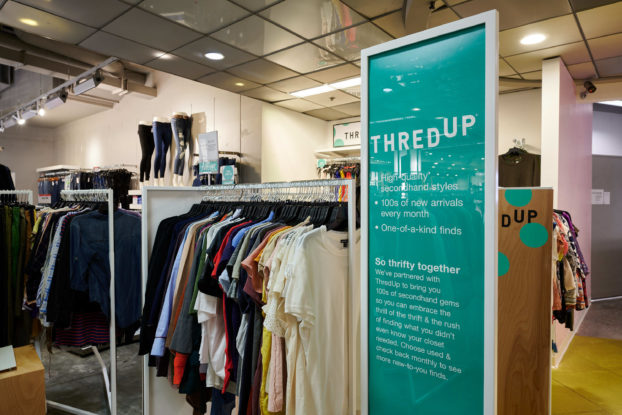 Second hand clothes and accessories, from $1,000 designer handbags to $11 tank tops, are the fastest growing category in clothing retail.

Recommerce — the reselling of previously worn clothing – is second hand shopping for the digital age.

Resale, an upscale subset of the second hand market, is driving the growth. Resale is a more curated, or merchandised, selection of goods, picked for their ability to retain value after being resold repeatedly.

Resale, previously limited to brick-and-mortar consignment stores, has exploded as online resellers have taken the category to a new level.

The RealReal, ThredUp, Poshmark, Grailed, Depop and other digital marketplaces can post thousands of new items daily, and consumers can find the clothes and buy them in seconds on their phones.

“The access is light years ahead of where it used to be. That’s the game changer,” Candace Corlett, president of research and consulting firm WSL Strategic Retail, told CO—.

The resale surge is being driven by a number of societal trends, analysts say. In the age of Instagram, it is more important than ever to never be seen in the same outfit. Resale makes that affordable.

It also addresses the growing concern, especially on the part of younger consumers, that fast fashion and wear-once clothing is bad for the planet and that reselling clothes keeps them out of the landfills.

Resale, Corlett said, makes consumers more comfortable with buying expensive clothes because they know they can recoup some of the cost later.

“It gives people permission to overspend and stretch to buy something that they might not have allowed themselves to buy, knowing that they can resell it,” she said.

Marie Kondo, the decluttering guru whose recent Netflix special triggered consumers across America to clean out their closets, also gets credit for fueling the trend.

“It seems like it peaked concurrently with the Marie Kondo series,” James Cook, Americas retail director of research for investment management and real estate firm JLL, told CO—. “You have people sitting in their closets holding a pair of jeans, and if they don’t spark joy, why not sell them for money?” 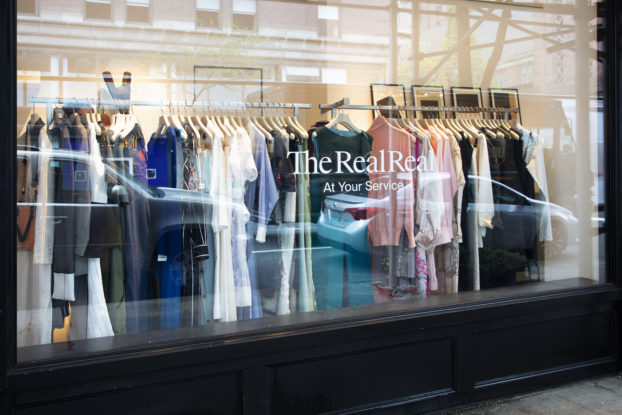 Resale is growing so rapidly that traditional retailers are eyeing it as a possible savior.

“The resale customer is no longer somebody else’s customer, they are everybody’s customer,” James Reinhart, co-founder and CEO of ThredUp, said this spring in his company’s annual report on the resale market. ThredUp is one of the major players reshaping the resale market, along with The RealReal and Poshmark.

“As the line between new and used apparel blurs for consumers, a powerful transformation in retail will unfold,” he predicted.

ThredUp lets consumers mail in their unwanted clothes for cash or ThredUp credit, and it then resells the items on its website. It is now bringing used clothes into department stores and malls via partnerships with Macy’s, J.C. Penney and Stage stores.

Macy’s and ThredUp executives say the ThredUp shops that are being tested in 40 Macy’s stores sell items not otherwise sold at Macy’s, and therefore will not cannibalize existing sales. But analysts have some doubts.

The RealReal, an online luxury goods consignment site, wowed Wall Street in June with a successful initial stock offering that saw its shares soar by 44% on its first day as a public company, reaching a market capitalization of $2.39 billion. It handled 1.6 million transactions in 2018, a 42% increase over 2017, according to its IPO filing.

Poshmark is an online “social commerce” site that lets “seller stylists” create digital “closets” from which to sell their used clothes to buyers, with Poshmark handling the payments and taking 20% of sales over $15. Launched in 2011, it now has over 50 million users, and 5 million seller stylists. It is reportedly exploring a public offering.

The $29 billion secondhand apparel market will nearly double to $51 billion by 2023 according to the ThredUp report, which uses research and data from retail analytics firm GlobalData.

Resale currently accounts for $7 billion of the secondhand clothing market, while traditional secondhand — thrift stores and donations — make up $21 billion, the report states. By 2023, resale is expected to make up close to half of the secondhand market and grow to $23 billion.

Secondhand sales are forecast to outpace fast fashion sales by global giants like H&M, Uniqlo and Zara within the next decade, and reach $64 billion by 2028, or $20 billion more than the estimated fast fashion sales for that year of $44 billion, according to ThredUp.

The growing shift to online has prompted the grand-dame of secondhand, 117-year-old Goodwill Industries International Inc., to expand its online presence. This year, Goodwill stores in seven states began a partnership with online marketplace OfferUp. 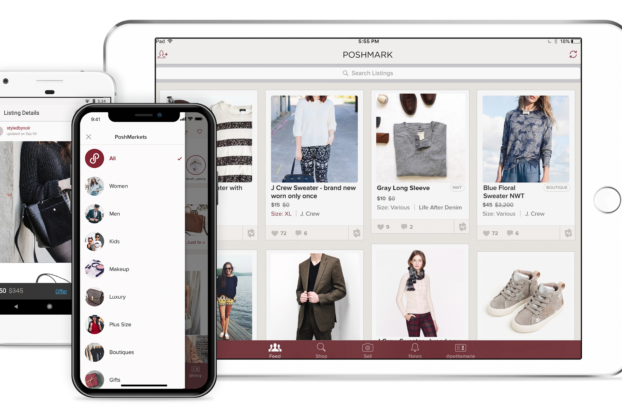 The online resale field is becoming increasingly crowded, with a growing number of sites vying for sales. In the luxury category, in addition to The RealReal, there is designer handbag seller Rebag, and luxury resale sites Tradesy and Vestaire Collective. Farfetch, an online seller of new luxury goods, has recently launched a pilot resale option for designer handbags, Farfetch Second Life.

StockX, Stadium Goods and Goat resell sneakers and other sports apparel, while Grailed and its sister site, Heroine, sell new and used fashions and streetwear.

Social selling site Depop, which lets sellers develop followers by showcasing their wardrobes, has launched the careers of a number of Gen Z fashion influencers.

Luxury brand Mark Cross in July 2019 said it was launching a resale online shop where customers can trade in or buy pre-owned Mark Cross products.

“When The RealReal first started, the resale stores were a little bit afraid of it,” Potrock said. But she said it hasn’t significantly affected the number of consigners or buyers who visit her store, and her sales are trending upward this year.

“More and more people are comfortable with consignment now,” she said, and that’s good for her business.

Resale still makes up only a small portion of the average American’s closet. In 2018, about 6% of clothes were secondhand, according to the ThredUp report. That is projected to grow to 13% within 10 years and reach one-third by 2033.

While resellers have been reporting dramatic growth, it’s important to remember that business is growing from a pretty small base, Alex Fitzgerald, manager in the consumer retail practice of A.T. Kearney, a global strategy and management consulting firm, told CO—.

“The proliferation of different business models in apparel is definitely something that we’re keeping a close eye on, and something that many retailers are looking at to understand how and if they can participate,” she said.

She applauds traditional retailers that are testing new business models such as resale. “The key is making sure they are doing it in a way that they’re able to understand how the offering is helping or hurting their existing business,” she said. “But they’re reacting to the changing consumer. As a consumer myself, I think it’s a really encouraging sign.”

CO— aims to bring you inspiration from leading respected experts. However, before making any business decision, you should consult a professional who can advise you based on your individual situation.

Need Help? Chat with us
Start a Conversation
Hi! Click one of our member below to chat on Whatsapp
The team typically replies in a few minutes.
Fresh Start FZE
+971506342573